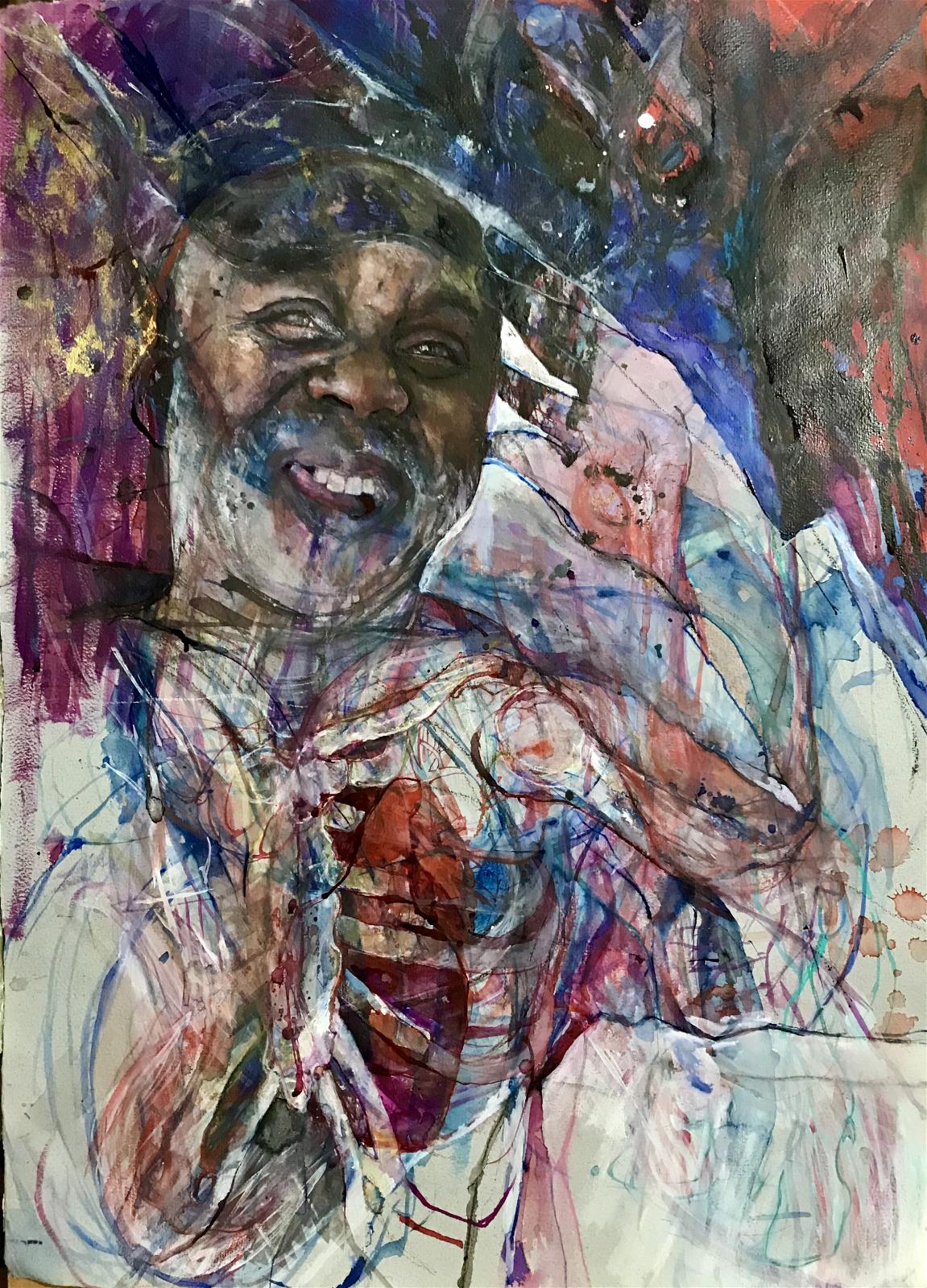 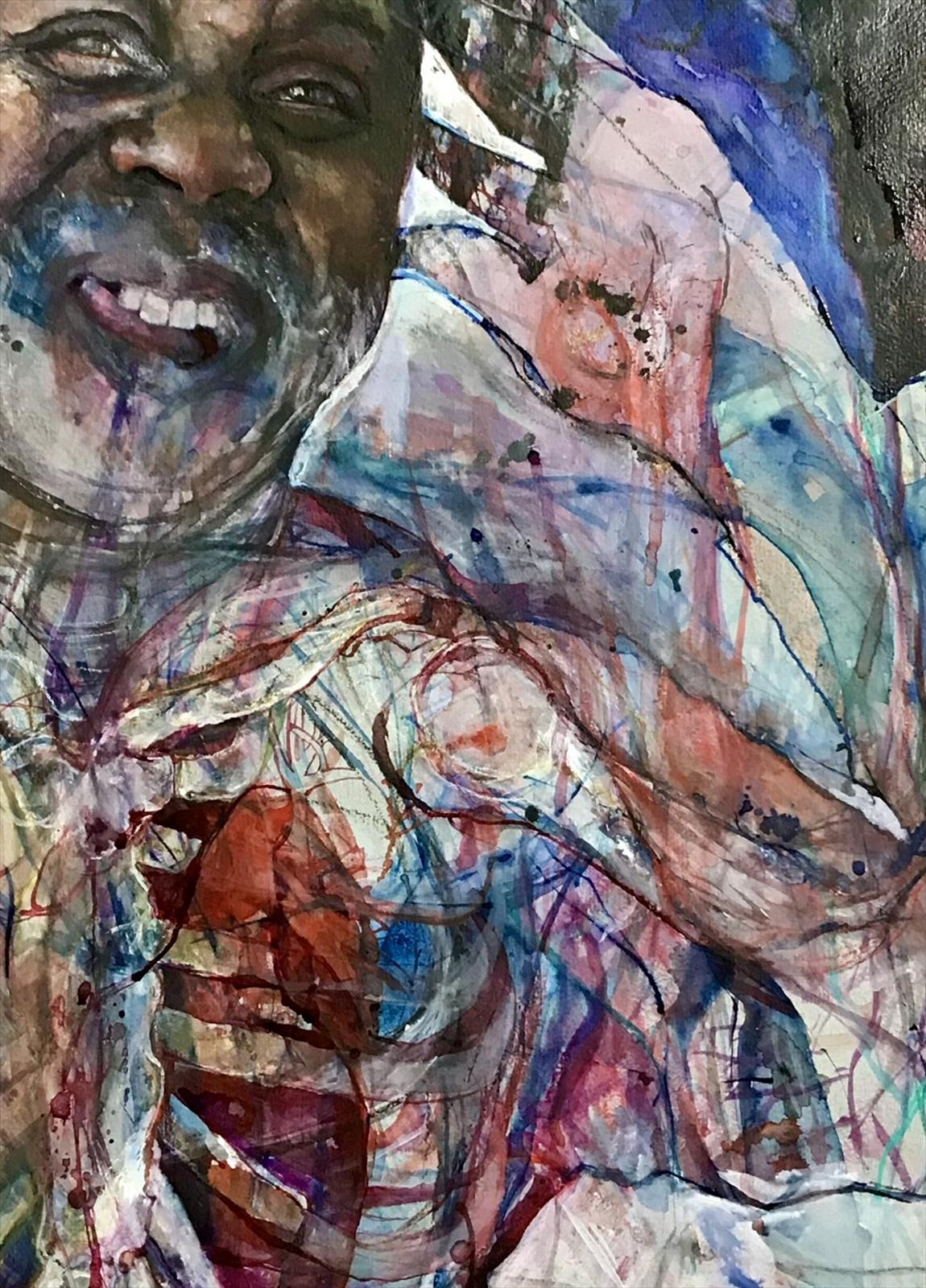 In February I took my partner to Derriford Hospital for a heart valve replacement. During his operation, in the morning, my daughter became unwell and was sent home from school to my friends. In the evening in ICU post op he asked for some herbal tea and whilst trying to find the M&S in Plymouth centre a stag appeared out of the darkness and crossed the road behind me.

On leaving him that evening I felt my daughter needed me and decided to drive home. I arrived in the early hours to find my daughter waiting for an ambulance at Penzance cottage hospital with possible appendicitis. 2 hours later it hadn't arrived and the Doctor suggested I needed to take her myself. I drove to Truro Hospital, not knowing the way, the A30 was closed, my phone running out and I got caught on a speed camera. She was kept in under obs so I stayed  at the hospital. She had her appendix removed a few days later, was discharged and we came home. My partner was given a taxi home by the hospital as they needed the bed. Her appendix was healthy. Life has never returned to normal since. 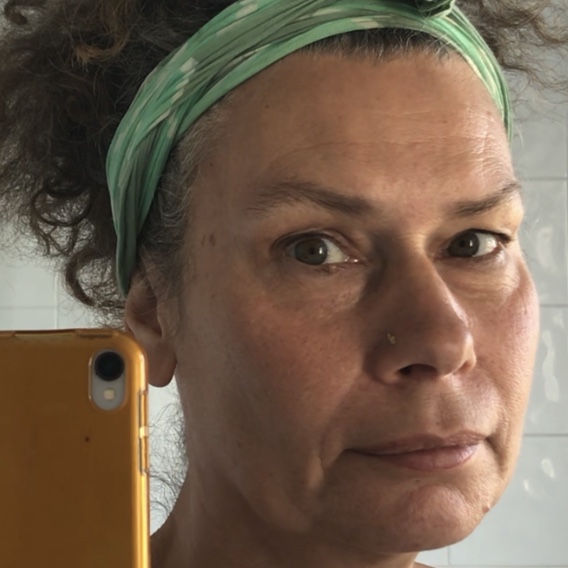 Although born in Wiltshire, almost all of my academic education took place locally in Sussex, including sixth form college, and a foundation year at Worthing Art College.

At school I was probably what was called a good ‘all rounder.’ I was deputy head girl, sports captain for my house and my best subjects were Maths and Physics, however I also had a natural gift for art, being awarded the Arts Cup and taking my A level at 16. I studied at Cardiff gaining a B.A. in Fine Arts in 1986, and later a P.G.C.E  at Manchester University in 2003.

My work is concerned with the variety of different possible connections at any given moment and is based around the female experience.  Jungian psychology, hermetic philosophy and quantum theory are areas of greatest inspiration to me.

As a child I was influenced by the Impressionists and Post Impressionists. Later Michelangelo, da Vinci, Botticelli, Caravaggio and Rubens.  As an adult it is all the environmental influences we have around us and live with on a changing daily basis, the hugely constant awareness of all that it creates which I absorb, and which inspire me.

Prior to doing my P.G.C.E. I travelled extensively, spending two long periods staying and working in a Kibbutz. One of my jobs was to help to bring in the cows at three a.m. As it was Haifa near the border to the Lebabnon we were accompanied with rifle carrying guards ‘in case of trouble:’  Necessary but not necessarily reassuring. Whilst travelling through many European countries I was greatly influenced by the aforementioned painters, being able to view many of the Masters work at first hand, with a growing sense of awe that began in those times, and has never left me.

Besides being able to feast my eyes on all that was available for me to see, it was by no means a comfortable existence, doing copies of the work I had been viewing on the pavement outside some of the galleries, hoping I would have enough ‘tips’ to buy food at the end of the day.  Often sleeping rough – railway waiting rooms, or under bridges in order to avoid the trauma of being ‘moved on’ by the local police in the middle of the night, or worse being taken to the local police station as a vagrant.  All of the personal experiences whilst travelling – not all of them pleasant or remotely acceptable – have helped to focus on what is essential to me in my work in the present day.

My work has always been predominantly figurative.  I have a depth of experience of many roles in a life class, observer, observed and observing having also been a life model for about ten years, in and around being a practising professional artist and teacher.  I use all media and materials, with a special place for the exceptional Two Rivers handmade paper.

There are three ways that I make sense of my experience through my work:

I keep sketchbooks, doing a daily drawing is a discipline, as is monthly life drawing.  Although it is observational, through empathy with the subject matter I also gain energy which I can put into the work with compassion, within the present moment, which is priceless and essential for an artist.

Always I look to access deeper levels of the unconscious through doodling and dreams, a bit like diving for pearls! I can understand more consciously once the visual language has risen to the surface and then develop it further as I see fit. I attempt to combine these specifics to make my reality tangible through art.

Art has always been the centre of my being, always will be precious to me, and is the very essence of my life and all that it embraces.